Since its organization in 1845 in Augusta, Georgia, the Southern Baptist Convention (SBC) has grown to over 16 million members who worship in more than 42,000 churches in the United States. Southern Baptists sponsor about 5,000 home missionaries serving the United States, Canada, Guam and the Caribbean, as well as sponsoring more than 5,000 foreign missionaries in 153 nations of the world.

SBC churches include every race, nationality, and ethnic group. Each Sunday, services are held in over 80 languages in the U.S. One out of every three blacks in the U.S. is a Southern Baptist.

The SBC baptized over 1,000 new Christians a day in the U.S. and begins nearly 5 new churches a day!

Includes 2,130 churches and 629 church-type missions. Each church is an autonomous body of baptized believers who are associated by covenant in the faith and fellowship of the gospel of Jesus Christ.

50 + churches that fellowship together and work together to reach Brevard County with the message of Christ as well as to assist in starting new churches. We also sponsor a Seafarers Ministry at Port Canaveral. Our church currently gives 3% of its budget to the work of the association.

Why not just be an independent church?

We are an independent church! Every SBC church is completely independent. There is no denominational control or hierarchy, as there are in most other denominations. Each church is self-governed and determines its own affairs.

What are the advantages of affiliating with the Southern Baptist convention? 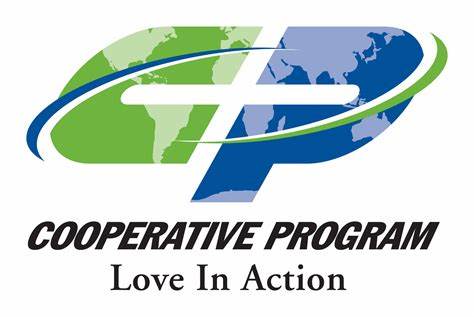 Churches in Florida work together through the state convention to support a wide array of ministries and missions including: evangelism efforts, children’s homes, volunteer missions, missions education, new churches, colleges and universities, collegiate ministries, camps, and much more.

For additional information concerning the Florida Baptist State convention, log on to www.sbc.net and click on state conventions or go to www.flbaptist.org

Through the International Mission Board, (www.imb.org), Southern Baptists support approximately 5,100 missionaries who are engaging more than 1,170 different people groups around the world. (Lottie Moon Christmas offering) The Ethics & Religious Liberty Commission is dedicated to addressing social, moral, and ethical concerns, with particular attention to their impact on American families and their faith. They also provide print resources that offer scriptural responses to the moral and ethical problems of our culture.

The prayers and support from SBC churches also undergird the work of GuideStone Financial Resources, the Historical Library and Archives, and the Southern Baptist Foundation.